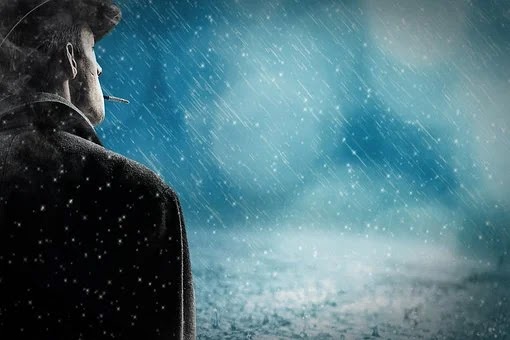 What Is Depression In Men?

The topic of depression in men is a much-needed conversation, as the stigma surrounding mental health has been extremely prominent throughout history. It’s time to have a serious discussion about this topic and how it affects both men and women.

The American Foundation for Suicide Prevention reports that while women attempt suicide more often than men, men are four times more likely to die from suicide. According to the National Institute of Mental Health (NIMH), approximately 20% of people diagnosed with clinical depression are men.

Depression affects men and women equally, but some symptoms are typically more common in one gender. A summary of the signs of depression in men is given below for your awareness.

Depression can be hard to detect in men. The symptoms are often different for men than they are for women. Depression is not just sadness. It's a mental illness that interferes with your life and relationships. It makes it hard to do things you enjoy, and even harder to feel good about yourself.

Men tend to suffer more from feelings of anger, irritability and anxiety, while women are more likely to feel sad or hopeless. Some of the most common signs of depression in men include:
- Treatable Mental Illness
- Feeling Hopeless
- Social Withdrawal & Isolation
- Changes In Sleep Patterns
- Outbursts Of Anger Or Irritability
- Loss Of Interest In Activities You Used To Cherish

It is a known fact that men are less likely than women to seek help for depression. Many don't recognize the symptoms of the ailment in males and may feel reluctant to talk about how they feel with family or friends, or even their doctors. This can be an especially difficult problem if you've suffered from depression for many years because it becomes more difficult to recognize the symptoms as time goes on.

There are many different types of symptoms of the issue in males or mental illness. There is a tendency to assume that mental illness in men is a rare occurrence, but in fact it is more common than people think. It can affect anyone at any time, regardless of their race, gender, age or socioeconomic status.

This condition can be experienced by both men and women, although it is somewhat more commonly seen in women. In fact, there may be a biological reason for this difference.

This malady is known to severely affect about 121 million people of all races worldwide and is the leading cause of mental disability. It is a common mental disorder that causes a persistent feeling of sadness and loss of interest in activities that you used to enjoy.

The list of some of the most common symptoms of depression in men include:
- Sadness or irritability
- Loss of interest in activities that you used to thoroughly enjoy
- Feeling hopeless or worthless
- Difficulty concentrating, remembering details, and making decisions

What Is Postpartum Depression In Men?

A new study has revealed that as many as one in seven men who become fathers experience depression after the birth of their child. The research conducted by the University College London and funded by the Medical Research Council found that 17% of fathers suffered from this kind of situation within a year of becoming a parent, with 3.4% suffering from it severely.

It is estimated that up to 25% of males experience symptoms of the disorder at some point in their lives. Depression is an illness that can affect anyone, regardless of age or gender, and can be triggered by a number of different factors.

What Is Postnatal Depression In Men?

Men don't talk about it and they certainly don't seek help. But there's a silent epidemic of this kind in males among fathers– and it's far more common than we realize.

How many times have you heard the old saying, 'it takes a village to raise a child'? Well, these days it seems that even fathers are part of that village. They're doing their bit by taking on childcare responsibilities at home while mum continues to work, and help in the finances of the family.

Postnatal depression (PND) or postnatal depression in men is a form of depression that can affect new fathers. It may be that when the pregnancy ends, the endorphin levels drop, leaving them feeling low and lethargic. Or they could feel anxious or guilty about not being able to help with childcare.

NHS guidelines state that women should be offered psychological support after giving birth but there are no guidelines for men. Many men don't realize they are suffering from this disorder because it's seen as taboo.

Dealing With The Malady

Depression can affect anyone, regardless of race, age, or sex. It is important to seek out help if you are suffering especially from symptoms of depression in men. Our counselors are highly trained and standing by to answer any questions or concerns regarding the ailment that you may have including this disorder. They will also be able to help you with the steps needed to get your life back on track after suffering from the debilitating illness of postnatal affliction in males.

If you suspect you might be suffering from depression, it's important to reach out and seek help. There are many resources that can aid both men and women who are dealing with depression, which include therapy or medication. You can learn more about these options by visiting our resourceful website today.

If you're looking for treatment options for signs of this disorder for yourself, your partner, brother, and father or friend then help is just a click away.